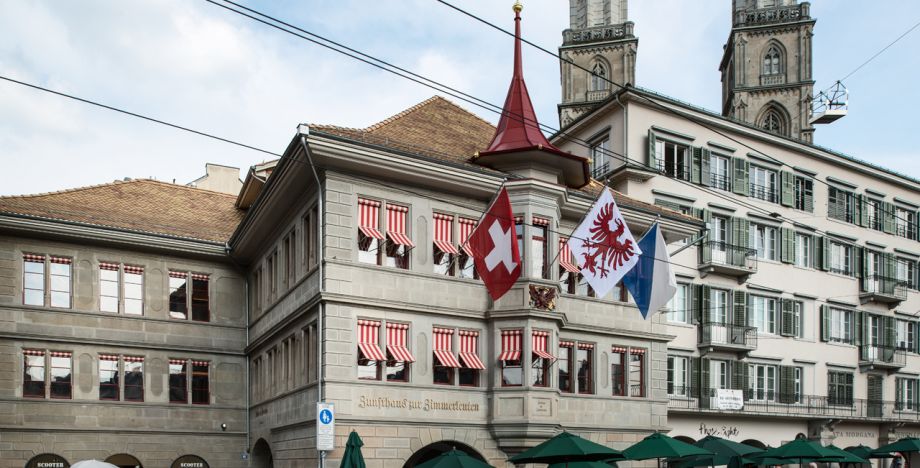 Only every three years does the Guild of Shipwrights celebrate the "Schifferstechen" in the middle of the river Limmat.

The "Schifferstechen" of the Guild of Shipwrights resembles a medieval joust. These in turn were jousting tournaments in which two knights armed with lances tried to push each other off their horses. The rules for boat stabbing are similar, but not on horseback, but standing on a more or less shaky boat.

This tradition has existed in Zurich since the late Middle Ages, when this martial art became popular throughout Europe as a civic alternative to the noble equestrian tournaments. On a city map of 1576 drawn by Josias Murer, the boat stabbing in the Limmat can be seen exactly on the spot where the spectacle still takes place today. The stabbing was often celebrated as an attraction during the annual festivals of the individual guilds or in honour of distinguished guests. And while in the past people fought with helmet, armour, shield and pointed lance - which led to accidents and even drowning - today the guild members meet without heavy armour and with a blunt lance. Quite harmless.