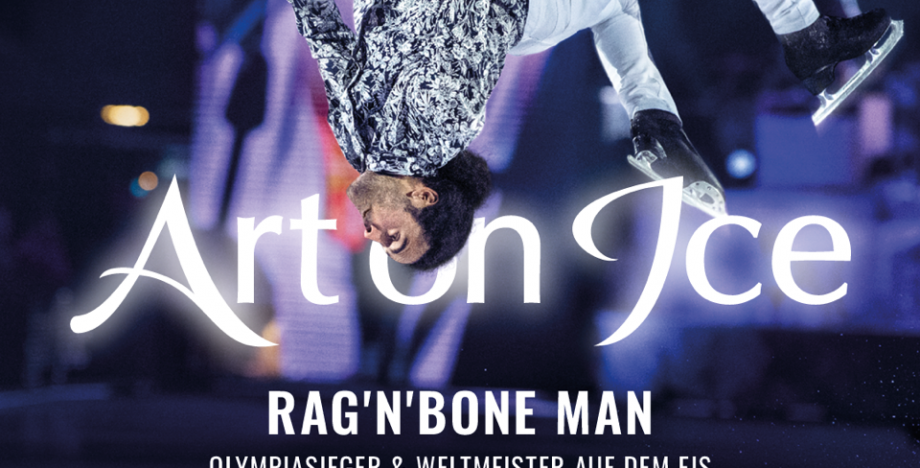 The Art on Ice figure skating gala is a musical and sporting spectacle for young and old.

After the two-year forced break, Art on Ice announces some innovations and a top British act as a guest star for the tour from February 2 - 12, 2023. The English chart-topper Rag'n'Bone Man will provide emotional moments. Olympic and world champions will be featured on the ice. Two more music acts will be announced in the coming weeks. The new production - of the multiple international award-winning show - will be seen in Zurich, Fribourg and Davos. Tickets can be booked now at www.artonice.com

In 2023, Art on Ice will again present one of the best figure skating line-ups to be seen anywhere in the world. Among others, the current Olympic ice dance champions, 5-time World Champions and 5-time European Champions Gabriella Papadakis & Guillaume Cizeron will travel from France. With Vanessa James (European Champion) & Eric Radford (World Champion) the bronze winners of the last World Championships are also present. Also already confirmed is the current Vice World Champion from Belgium Loena Hendrickx. Swiss skating fans can also look forward to 4-time Swiss champion Alexia Paganini. The 22-year-old recently announced that she will continue her career until the next Olympic Games and is aiming for a podium finish at the 2023 European Championships.

Hotel Alexander is located just a 5-minute walk from the main train station. From main station you can easily take streetcar number 11 to the Hallenstadion and back. The Hotel Alexander in the old town of Zurich is the ideal hotel for your visit to the Art on Ice 2023.