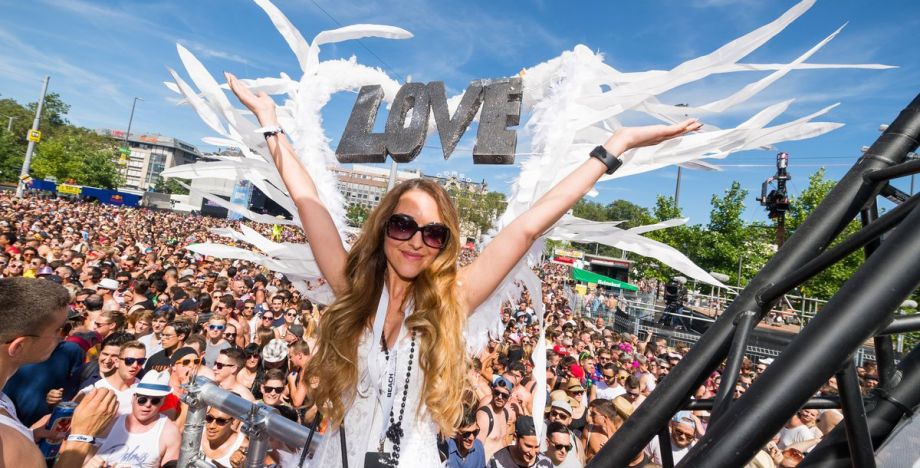 During the Street Parade, hundreds of thousands of electronic and techno music fans dance around Zurich’s lake basin. But there is also plenty to experience before and after the parade!

During the Street Parade, hundreds of thousands of electro enthusiasts dance around Zurich's lake basin.

What began in 1992 with 1,000 people is now thrilling hundreds of thousands of dance enthusiasts from all over the world. Every year, the Street Parade provides an exuberant party with 30 Love Mobiles (so-called LoMos), hundreds of DJs and seven stages around the lake basin of Zurich. Since the early 1990s, other electronic music genres such as House, Drum' n' Bass and Dubstep have become established in addition to trance and techno. Just like the Street Parade, this event has evolved from an underground party into a highlight of the Zurich summer.

This year the most colorful and vibrant house and techno parade will take place on Saturday, August 12, 2023. The Street Parade is a demonstration of love, peace, freedom and tolerance as well as an innovative dance and music event. Every year in Zurich, Europe's largest event for electronic music, current trends in dance, electronic sounds, digital art and fashion are presented.

At the Hotel Alexander Zurich you are right in the middle of the action and can enjoy the street parade to the full, whilst enjoying a restful sleep thanks to soundproof windows.